How to Make a Life Insurance Claim 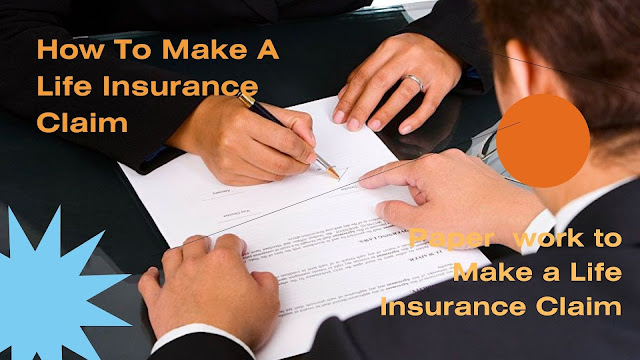 There might be a time in your life when someone you know pulls you aside at a family gathering and says that you’re the designated beneficiary of their life insurance policy.

This situation has many—almost infinite—variations. It might happen on a phone call, in a letter or even in a text. But if, and when, it happens, there’s something you should do: Ask for the paperwork

Life is sometimes mired in paperwork, and so is insurance. When the dreaded moment arrives and the person has passed away, making the life insurance claim should be the easiest thing you have to do. And it can be, if you have the paperwork.

The life insurance claim process should start while the policyholder is still alive. Where are they keeping the insurance policy and is it in a safe place? It could be tucked away in a cardboard box in a closet or stored on their computer. If it’s in a safe deposit box, do you have proper access to it? Even having power of attorney may not be enough because the bank will likely freeze the account until the will is executed.

It’s unfortunate that life insurance policies are often lost or squirreled away, because you’ll need to know that name of the life insurance company in order to make a claim. You’ll also need a certified death certificate—usually obtained from the local health department—and the company’s claim form, which you’ll often find and can fill out online if the insurer hasn’t already sent it to you.

In fact, the whole filing could be done online, “simplifying the process and reducing the time it takes for claimants to receive their payments,” says Chris Fleming, head of Life and Annuity Operations at Lincoln Financial Group.

“Generally, once all the claim requirements are received in good order, a settlement is processed within seven to 10 business days,” says Amanda Wallace, head of insurance operations at MassMutual. Others say the time frame between death and payout should be no more than 30 days.

In any case, it could be quick if you know which company issued the policy.

But be prepared for several potential speed bumps. First, are you sure that you’re still the beneficiary? Perhaps the policyholder changed their mind, or chose to put the proceeds into a trust that would make the payout, particularly if there are multiple beneficiaries.

While an insurer will tell you if you’re not the beneficiary, it’s not obligated to tell you who is. Finding out who the beneficiary is would require legal action. Even then you might not be successful, unless you can prove a proper procedure wasn’t followed, a beneficiary change was made under duress, or there was “undue influence, lack of capacity, such as mental illness or dementia, fraud or forgery,” says Sammy Rubin of CEO YuLife, which helps employers offer incentives for healthy habits tied to workplace life insurance.

What else could go wrong? You might find out that in the last days or months of their life the policyholder stopped paying premiums and let the policy lapse. If so, don’t hesitate to move quickly to “reinstate” the policy.

A beneficiary can also bump up against another timeline: the two-year window of contestability by the insurer. This could be a problem if the policyholder left out critical information when applying for the policy, such as being a heavy smoker, and then winds up dying of lung cancer. In these cases the insurer would have the right to void the policy.

Or a more morbid possibility: The person bought the policy with the expectation of committing suicide. That, too, will void the policy within the first two years after the purchase.

After two years the contestability issues generally go away. And there’s no time limit on getting paid, if you’re owed the money.

While it makes sense to file a claim quickly, you can still be paid years afterwards, provided the policy was active at the time of death. Insurers in many states are now required to check with the Social Security Administration’s “Death Master” database, which catalogs U.S. residents who’ve died, and check their policyholder lists against it. Many people are finding out this way that they are owed money.

Choosing How to Get the Life Insurance Payout

Now that you know you’re going to get the money, be prepared if the insurer asks, “How do you want it?” You’ll typically have choices:

The first is a “lump sum” option for the whole amount, or as much as you’re entitled to if you’re sharing with other beneficiaries. No need to worry about taxes, because a life insurance benefit is tax-free.

You can put it into an “access fund,” an interest-bearing account, so it can be withdrawn over a period of time at your leisure, says Ed McGill, a wealth manager affiliated with Northwestern Mutual.

Or you can take it in annual installments, similar to an annuity.

One way to spend the payout: Purchase your own life insurance policy. Just remember to alert the beneficiary.

Posting Komentar untuk "How to Make a Life Insurance Claim"