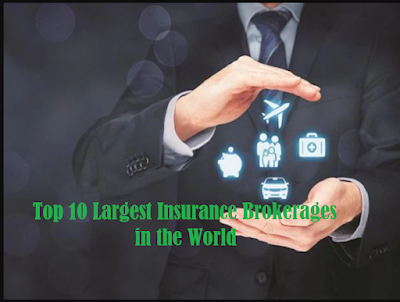 The world's 10 largest insurance brokerages appear in the table below. The rankings are derived from revenue generated in 2019. The data and rankings were published by A.M. Best, a credit rating company that issues reports on the financial stability of insurers.

Unlike agents, brokers have no authority to bind insurance coverage or issue policies. To initiate coverage on a client's behalf, a broker can ask an underwriter at the insurer to issue an insurance binder. Alternatively, the broker can issue the binder and then request a signature from an underwriter. A binder issued by a broker will not become valid (and no coverage will be initiated) until the document is signed by an authorized representative of the insurer.

Large brokers provide a broad range of services. While the specific services provided vary from broker to broker, many offer the following:

o   Data and analytics (such as loss forecasting and benchmarking)

o   Captives and other forms of alternative risk transfer

Marsh, Aon, Willis Towers Watson, Gallagher, and several other brokerages on the Top 10 list operate globally. Aon and Willis, are based in London while the other companies are headquartered in the U.S. Many maintain branch offices in foreign countries. Examples are Marsh, AON, and Willis. Others, such as USI, operate mainly in the United States.

Many brokers on the list are public companies listed on the New York Stock Exchange and NASDAQ, including the top four entries, while others are private companies.

In April of 2019, Marsh completed its acquisition of Jardine Insurance Brokers, a multinational brokerage based in London. According to Mercer, a subsidiary of Marsh's parent company, the new combined firm will have operations in more than 130 countries.1﻿﻿

Here are the largest 10 brokerages listed in descending order based on 2019 revenue. Note that the list includes insurance brokerages only. The largest 25 insurance agencies are included in a separate list.