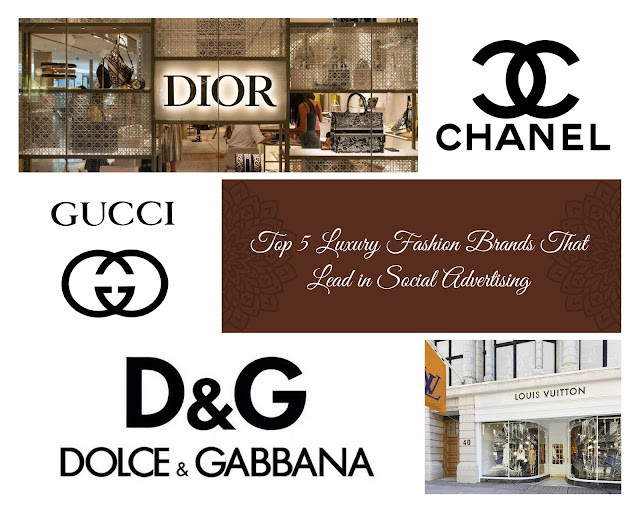 The fashion industry is big business. Worth an estimated $2.4 trillion, it would be the world’s seventh-largest economy if ranked alongside individual countries’ GDP. Luxury brands make up half of this figure. Traditionally reliant on physical retail experiences, however, they face a new challenge. In the era of social, consumers are ‘always-on.’ Connected and empowered like never before, nearly half of consumers’ luxury purchases are now influenced by what they hear or see online.

How can luxury brands replicate exclusivity in their digital shopping experience? Recent statistics indicate a shift in advertising budgets, using social to flatter and frame already-strong value propositions. Luckily, many are succeeding with these efforts.

Here are five brands that take center stage in luxury brand advertising using social media – as determined by Sprinklr Business Index (SBI®), which measures and analyzes the breadth of public interactions between brands and consumers across social media.

Since being founded by Gabrielle Chanel in 1910, Chanel has become a fashion icon, creating timeless products like the Chanel N°5 perfume and little black dress (LBD). On social, the luxury brand continues to innovate, creating stylish videos that highlight the sleek design of its new limited edition J12 Graffiti watch collection.

As part of its new Ombre Premiere eyeshadow collection, Chanel brought in millennial starpower in the form of actress Kristen Stewart. In recent promotional videos, Stewart discusses what different colors mean to her personally. She says that the color red’s ability to “enhance any mood” is particularly important to her as an Aries.

Chanel’s strategy of highlighting product excellence using millennial influencers appears to be paying off. SBI® statistics indicate that three of the brand’s five most engaging posts over the past thirty days feature Kristen Stewart. Meanwhile, an industry-leading audience insights score of 9.9 indicates that Chanel’s social following of over 56 million people is delighted by its efforts.

Dior is no stranger to generating social buzz. The renowned French brand made headlines in 2015 after launching its own virtual reality headset, Dior Eyes. Offering consumers backstage access to its latest runway show, the headset also boasted 360° vision, allowing users to move around the iconic company’s virtual universe.

Showing a willingness to bring new flavors to luxury fashion, Dior has also turned its events into immersive audience experiences. As part of its recent ‘I Feel Blue’ event in Shanghai, the brand used its long association with the color blue to bring guests on a journey through past, present, and future designs. Brand ambassadors also feature heavily in social content, including actor Johnny Depp, star of the brand’s Dior Sauvage fragrance. SBI® statistics indicate that Dior’s next-level approach to fashion pays off. The brand receives over 219,000 content engagements per day, and has an audience insights score of 9.7.

Colorful personalization and suave detail are the focus of Dolce & Gabbana’s strategy on social. The brand recently launched its Fall/Winter 2018 advertising campaign, featuring a host of up-and-coming millennial models partying in the streets of Palermo, Italy. The brand also tags content with hashtags such as #DGMillennials and #DGPalermo to distinguish its social offerings. Meanwhile, Dolce & Gabbana creates a sensation of color and nature in promoting goods from its eye-catching Ortensia collection.

The greatest personalization, however, comes in the form of sneaker patches. These are colorful shapes and words that can be placed on a plain white pair of sneakers, offering endless options for customization.

Dolce & Gabbana’s approach to social is masterful. SBI® statistics show an industry-leading content insights score of 9.5, while four of the brand’s five most engaging posts over the past thirty days feature pieces from its Ortensia collection, indicating audience approval.

Gucci has undergone something of a renaissance. Under the creative direction of Alessandro Michele since early 2015, the brand experienced a record 48.3 percent increase in sales – on a comparable basis – in the first quarter of fiscal 2017. Michele has brought quirkiness and vintage style to the almost century-old Italian powerhouse. On social, the brand’s new creative direction is also evident.

Striking photographic content is a focus of Gucci’s esthetic on social. Take, for example, the GG backpack from Gucci’s Pre-Fall 2017 collection. Product design harks back to the past, while vinyl records in front contribute to the retro feel.

Meanwhile, abstract shapes and words adorn other pieces of the brand’s new collections.

SBI® statistics indicate that Gucci’s social output is indeed winning over audiences. Alongside an impressive content insights score of 9.3, the brand receives over 316,000 content engagements per day. A modern twist on vintage style is paying off.

Ranked first among luxury goods companies by sales, LVMH is the world’s largest luxury conglomerate. Boasting a memorable monogram and illustrious history is Louis Vuitton, one of the conglomerate’s showpiece brands.

On social, LV has turned to the world of sport for recent content. The brand is a leading sponsor of the America’s Cup, the oldest trophy in sports. Ahead of the sailing championship beginning, LV presented its specially designed trunk alongside the famous prize.

SBI® statistics indicate that the classy approach to social taken by Louis Vuitton is successful. Three of the brand’s five most engaging posts over the past thirty days feature coverage of the French Open, while an audience insights score of 9.8 is a leader in luxury fashion.

Eternal Style in a Changing Marketplace

On social media, luxury brands are succeeding by amplifying their unrivaled quality. However, 98% of luxury purchases occur in brick-and-mortar stores, and 40% of luxury brands don’t sell their products online at all. Executives such as Ian Rogers, chief digital officer at LVMH, are taking steps to address these trends, launching 24 Sèvres, an online version of the high-end Parisian department store Le Bon Marché.

The challenge for luxury brands is clear. Young consumers – with their online shopping habits – will define the success of luxury brands. Millennial consumers now have a spending power of around $2.5 trillion, while millennials and Generation Z will represent 45 percent of the global personal luxury goods market by 2025.

How luxury brands advertise and approach the new consumer will determine whether style is eternal.